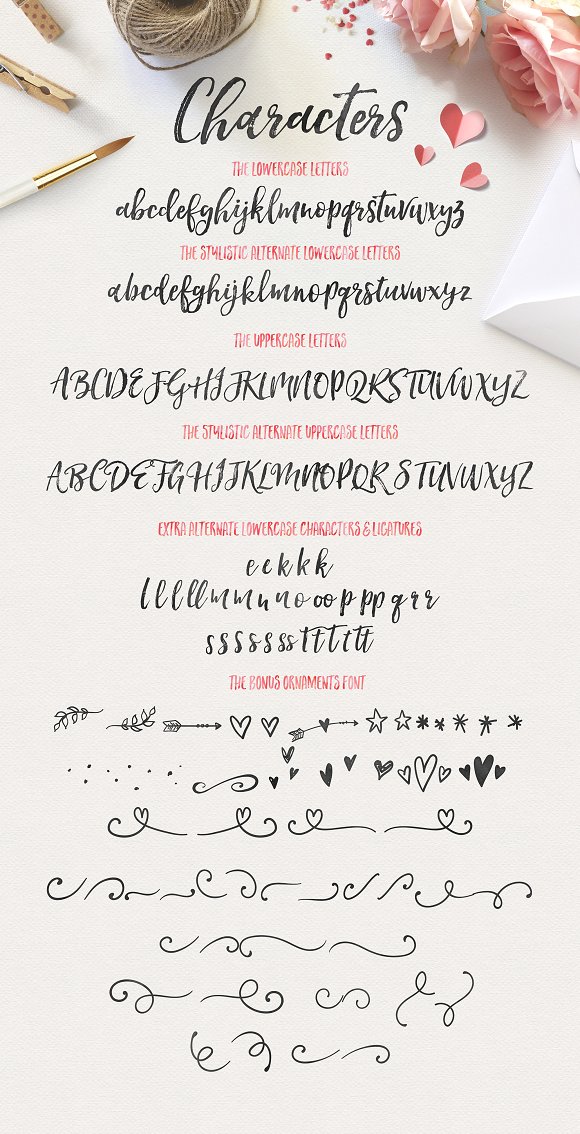 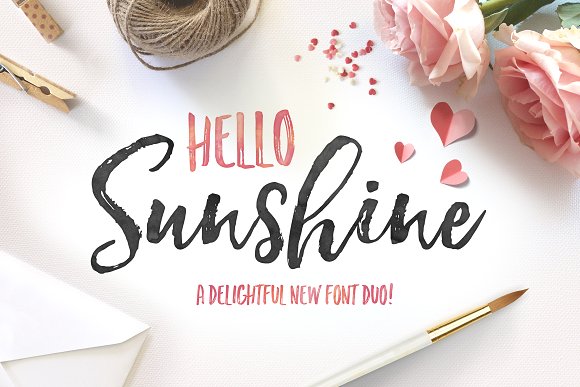 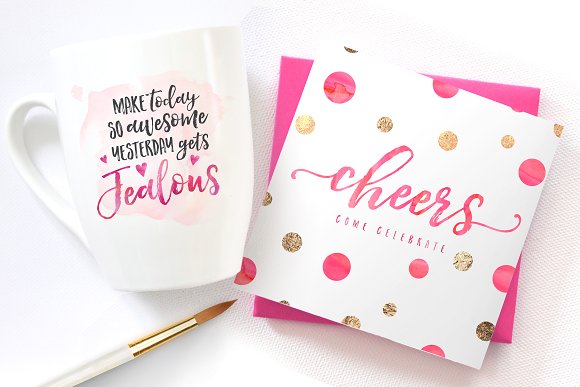 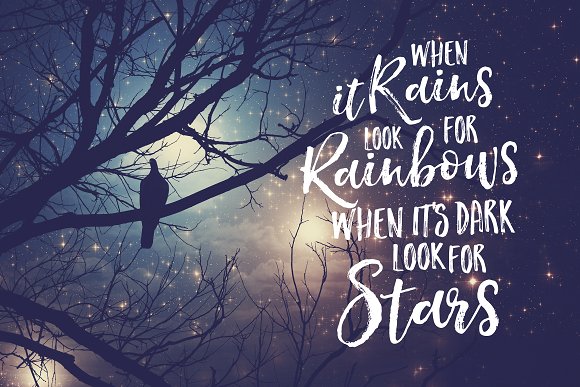 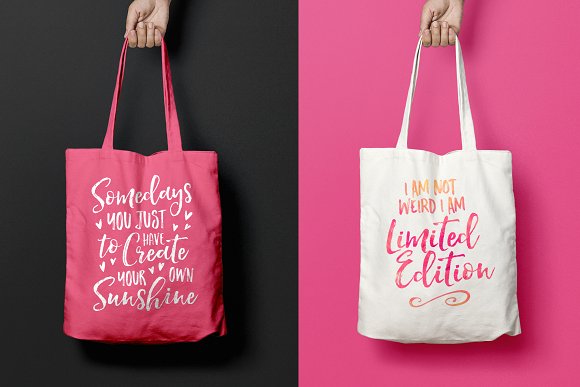 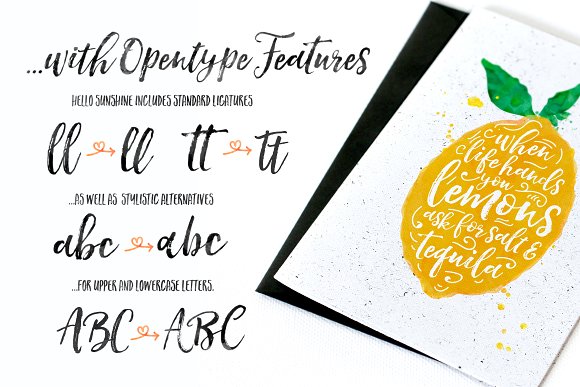 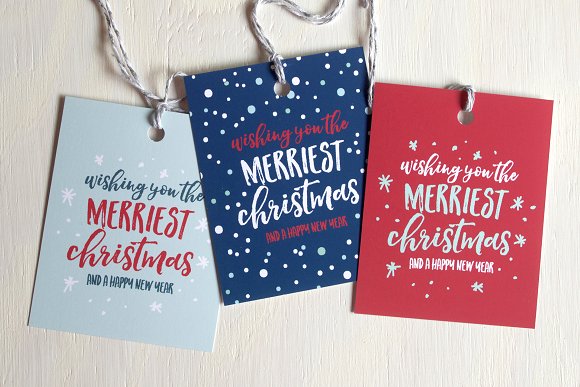 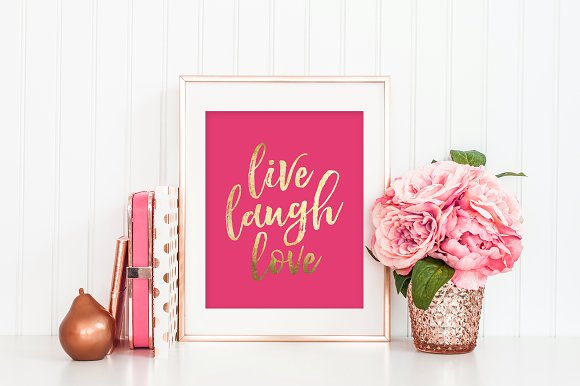 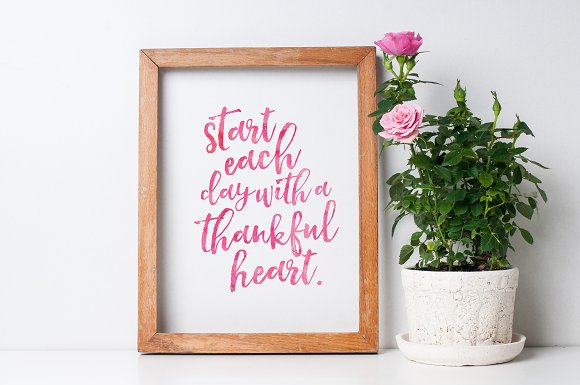 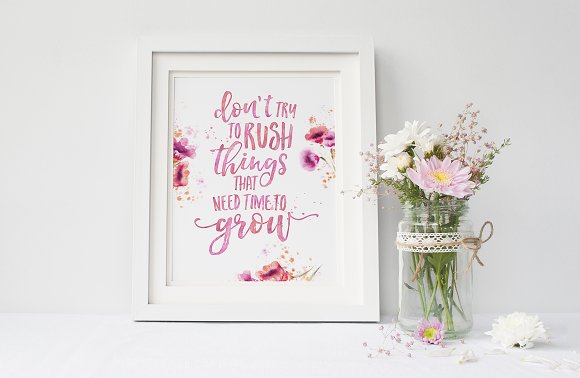 COMMERCIAL USE ALLOWED- The Standard License on Creative Market allows Commercial Use of fonts and add-ons :) Unlimited Sales, Unlimited Projects with only a few exceptions - See https://creativemarket.com/licensesIntroducing Hello Sunshine! A delightfully playful font duo with oodles of character!Hello Sunshine is a hand brushed typeface, with authentic tell-tale dry brush imperfections, and a very bouncy baseline :) It has a perfectly paired complimentary marker font , and a super handy set of 52 bonus ornaments.Hello Sunshine Script has a large variety of alternate characters ,allowing you to make each word look completely unique to the next! Ligatures are also included also - to bring true authenticity to your design. It has multilingual support with accented characters for international users.Hello Sunshine is coded with PUA Unicode, which allows full access to all the extra characters without having special designing software. Mac users can use Font Book , and Windows users can use Character Map to view and copy any of the extra characters to paste into your favourite text editor/app.For folks who have opentype capable software : The alternates are accessible by turning on Stylistic Alternates and Ligatures buttons on in Photoshops Character panel, or via any software with a glyphs panel, e.g. Adobe Illustrator, Photoshop CC, Inkscape. For those folk who would prefer,Ive included a set of corresponding TTF files.A Happy Duo : Hello Sunshine Marker is a complimentary dry marker font, that works in harmony with Hello Sunshine Script to create awesome typographical creations in a jiffy - get some inspiration for the previews above.WHATS INCLUDED : HelloSunshine.otf - Includes opentype features with stylistic alternates and ligatures.HelloSunshineMarker.otf - The complimentary brush font.HelloSunshine_ornaments.otf - with 52 bonus decorative ornaments that will come in handy in your designs.HelloSunshineItalic.otf - A slanted , more sophisticated version of the Script for when a more romantic natured design is required :)TTF Files for the above-mentioned OTF files.I hope you have a blast using Hello Sunshine!Happy creating!Nicky xxFAQs :Which international languages does Hello Sunshine support? Hello Sunshine has accented and special characters that support the following languages : Basque, Bosnian, Catalan Cornish, Croatian, Czech, Danish, Dutch, Embu, English, Esperanto, Estonian, Faroese, Filipino, Finnish, French, Galician, German, Hungarian, Icelandic, Indonesian, Irish, Italian, Malay, Maltese, Manx, Maori, Meru, Morisyen, North Ndebele, Norwegian Bokmål, Norwegian Nynorsk, Nyankole, Oromo, Polish, Portuguese, Romansh, Serbian (Latin), Slovak, Slovenian, Spanish,Swedish, Swiss German.Where are the TTFs? They are included in a download link( in a text file) in your main download file.